This year, the architecture sector will be looking at the possibilities that are still available to us, or at least theoretically available. For years now, the rents and purchase prices for apartments (and businesses) have been rising to dizzying heights and the supply of (still) affordable accommodation is becoming increasingly scarce and in some cases unattainable. Also for those who have an apartment, it is becoming more and more difficult to pay the rising rents and to deal with the fear of losing the apartment, for whatever reason. As a result, the subject of housing is becoming more and more important in everyday life, without which solutions are in sight. We now want to look for possibilities that have already been realized somewhere in the world and could show us an exemplary way, or perhaps only utopian to theoretical considerations could show us the solutions.

Here we come back again and show the idea of Elementa, who in 2010 built a settlement with Villa Verde in Chile, which could be finished by the inhabitants*, which made it possible to realize a living space twice as big. The Villa Verde of Elementa, a terraced house settlement in Chile, shows how it is possible to create a larger space by using self-help. For the architects, the question arose of how to cover the assumed need of approx. 80 sqm for a family with the available funds, which are only sufficient for 40 sqm. The simple and ingenious idea was to finish half of the building, but to create the necessary conditions for the other half (floor, roof, beams for the storey). The earthquake victims, for whom this terraced house settlement was built, could thus complete the other half themselves, depending on how much money they had available, this took different lengths of time.

However, the focus is first of all on “huts”. For current reasons, we will look at the magnificent exhibition “The Growing House” by the city building officer Martin Wagner, which took place in Berlin in 1932. Here, designs for small houses, which look a lot like allotments, were presented, which could be adapted to the changing needs of the inhabitants and could usually be enlarged in three steps. An approach that is currently being strongly discussed, but also the potential of the designs, which, due to their simplicity, offer a great opportunity for self-help, makes a resubmission useful. In addition, there is the possibility to visit one of the houses, since the student replica of Ludwig Hilberseimer’s design, which was later taken up by Mies van der Rohe, will stop over in Lichtenberg in the course of this year.

We will also deal with Balkrishna Doshi, first with the projects that created affordable housing, such as Aranya, and then at the end of the year with the exhibition by Annette Kisling, Jens Franke and Leonard Wertgen and the intensive use of the architectural space with projects by Balkrishna Doshi 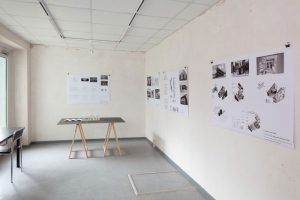 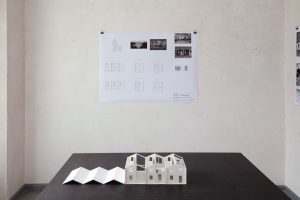 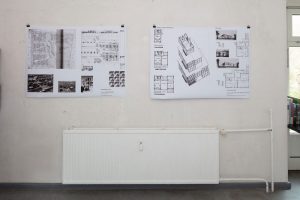